Would You Rather Suffer A Broken Nose Or A Broken IPad?

Anyone up to date with mobile gambling is well aware of the rising popularity of tablet devices like the iPad which are making our Roulette,online scratch cards, slots and casino games as easy as touching a button. No need for cables, heavy computers or cumbersome laptops. 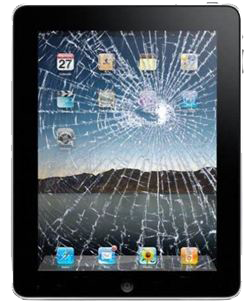 A recent survey by Brainshark shows to what extent tablets lie the iPad actually mean to consumers. The survey covered over 1300 iPad users and gave a fascinating insight into how a simple user-friendly mobile device has transformed the way we approach online connectivity.

Some of the findings include facts like over 40% of consumers would prefer to be involved in a fender bender then seeing their iPad broken. Even when it comes to one’s own health over 13% stated they would rather suffer a broken nose than a broken iPad.

With tough economic times you would think that keeping one’s job is number one priority. Well think again as 10% of iPad owners stated that they’d rather lose their job then break their iPad.

Regarding the future of iPads, over 47% believe that it will become their primary computing device in the next two years. When it comes to the importance of the iPad over 65% would choose it over a laptop. Over 23% surveyed that they would prefer an iPad over a week of extra vacation time.

As this fascinating survey proves, tablet devices like the iPad are only growing in popularity. Whether it be mobile casino gambling, business or entertainment the future of online interaction is set to be dominated by tablet and other mobile devices.