The state of Nevada has featured prominently in the gambling news of late. They have become the leaders in advancing gambling in the U.S. with their issuing of online gaming licenses to major operators. While many other states have been hesitant, Nevada has been the forerunner in taking the practical steps to ensure that online gambling is legalized in their state. 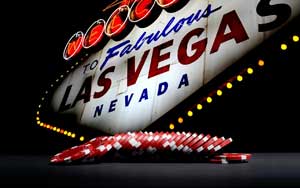 It therefore comes as no surprise that gambling revenues in Nevada were up by 17% in July to reach over $1 billion. These impressive figures were released by the Nevada Gaming Control Board. Revenues from slot machines were up by 11% while the table games increased by 45%.On the Las Vegas Strip the revenues were up by 28% to reach $597.5 million.

The online poker industry received a major boost when operators like South Point Hotel and Casino were issued a license to operate in the state of Nevada. They could be up and running by October and become the first to offer legal online poker.

Many other major gaming companies like IGT, Bally Technologies and Shuffle Master have also been issued licenses for online betting. While poker is the initial focus there is no doubt that the progress made will ultimately influence many other online gambling sectors like that of scratchcards which are ideal for the U.S. online gambling market.

The fact that millions already play regular scratch cards at their local convenience stores is a major advantage for internet scratch site operators as the need to create awareness is not necessary. There is virtually no one out there who is not familiar with the simple to play scratch card format. We look forward to following the progress of the online gambling legalization process in the U.S. as it has the potential to radically improve and increase the trend of global online gambling.