Donald Is Trumping The Cards With Possible Casino acquisition 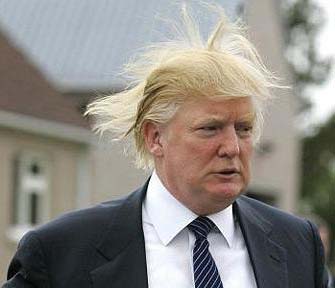 The U.S. gambling market is continuing to offer lucrative propositions for future gambling operators as a result of the new stance of the Department of Justice on the Wire Act of 1961 which in effect has led to the real possibility of the U.S. gambling market opening up and offering U.S. scratchcards players the chance to scratch and win.

Many shrewd casino operators and players have identified markets like online scratch cards as potential gold mines for their future interests.

Many states and private stakeholders see the likes of scratchcards as the ideal gateway to enter the U.S. casino market just as scratchies took off in the UK and Europe.

With political opposition to some heavier forms of gambling, scratch cards offer both the politicians and Scratchgame operators the chance to sell their gambling legislation as fall under social gaming.

Could Donald Trump be the next casino license holder in Florida? There are reports that Donald Trump has bought one of the most famous golf courses in Florida. Trump bought the Doral Golf Resort and Spa for $150 million which many believe is a shrewd move on Trump’s behalf.

The combination between online scratch cards and the passion for sports is clear. Both social activities offer you action packed entertainment while offering you the chance to win instant cash.

This passion is encompassed in many online scratch card games such as Goal Scorer and Horse Racing.

Gambling experts have proposed that Trump has his eye on maybe applying for a casino operator’s license in Florida. The Florida legislature is set to reconsider a bill that will award three licenses for mega casinos in South Florida.

Trump’s purchase has prevented the 50 year old Doral from bankruptcy. Trump released a statement in which he said he will pay $150 million for the 692-room hotel and four of its golf courses. Trump intends to invest another $150 million to renovate the resort.

The scratchcard industry is particularly appealing to casino operators as it has the ability to attract millions of global devotees of this cherished format.

Experts believe that Trump got a bargain as it was bought by Morgan Stanley subsidy CNL Hotels & Resorts Inc. for $501 million in 2007. If you factor in the real possibility of a gaming license, this deal could be very profitable for Trump.

There is no doubting that Trump and other shrewd casino operators have identified the U.S. as a key market for the likes of online scratchgames.  It seems clear to all U.S. scratch card players will soon be allowed to scratch and win in their home country.