Bookmakers Too Powerful For The Government To Take On FOBT’s

As we reported earlier on there have been calls to limit the fixed-odds betting terminals or FOTB’s as they have been known as. These machines have become an integral part of major British bookmakers like William Hill and Ladbrokes, These high stakes machines allow punters to play up to £100 on roulette and play slots for 50p with a potential jackpot of £500. Needless to say these machines have proven highly popular with all types of players and there are literally thousands of them scatted all over the country. Currently the law limits four FOTB’s per shop. 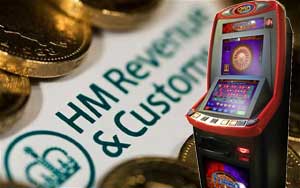 Critics were calling on the government to address the issue of FOTB’s as some claim that they are causing addiction problems in many poorer areas. The government was expected to respond to the Culture, Media and Sport select committee’s this week but according to the committee the delay was due to the Olympics and other factors like a Cabinet reshuffle. In the mean time William Hill and Ladbrokes have posted rising revenues across all their gaming sectors which include mobile, sports betting and FOTB’s.

There has also been speculation that the government is wary to take on the mighty bookmakers as they are reported to generate over £250 million a year in gambling taxes.

Opposition to these FOTB’s comes from many sectors and politicians who claim that these machines are ruining people’s lives. Opponents like Labour MP Clive Efford was quoted as saying, “there is overwhelming evidence that these shops are often in deprived communities, that people are losing money on these machines that they can’t afford to lose, and at the very least we should be looking at the amount of money staked and the speed that games can be played.”

Like all things the issue is complicated but opponents to FOTB’s have to answer to the fact that it was under Labour’s rule that the gambling industry was liberalized. One critic summed up the current politicians hypocrisy, “It is very easy for them to be bullish now about what they would do if they were in power, but the truth is they were in power when the current regime was set-up.”

It remains to be seen what will become of these controversial FOTB’s. In the mean time there are other gambling sectors who are quick to point out their responsible and less addictive alternative. Online scratchcards have been singled out as one of these viable and less damaging gambling options. These scratch tickets are cheap and there is no need to layout hundreds of pounds to enjoy a flutter. There is consensus about the notion that gambling needs to be enjoyed in a responsible manner and according to one’s financial ability. We as a dedicated online scratchies and pokies site always encourage a safe and responsible gambling for the good of all parties involved.